My Journey: The Early Years

It is impossible to know where you are going if you don’t know where you came from. When it comes to money this is especially true. Although many of us don’t realize it, how we were raised can have a significant impact on how we view and handle our money.

I was born to two teenage parents in the Baltimore, Maryland in the early 1980s. 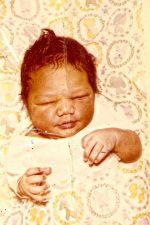 My mom was 16 and my dad 17. Obviously they could not afford to get married and live on their own at the time of my birth and it took several years for them to be in a position to do so. A few years later I was the flower girl at their wedding.

With neither of them having finished college, employment opportunities were limited, which no doubt impacted our family financially. For example, I remember a couple of years when my dad was out of work and my mother was the only one working. However, my younger sister and I always had what we needed and there was always food on the table. It might not have been what we wanted but the food was there. Later once my parents divorced, I saw my mom work a day job and maintain an evening job delivering pizzas, in order to make ends meet! She’s a hustler! Maybe that’s where I get it from.

One thing noticeably absent during my childhood was discussions about how to handle or manage money. Perhaps that is because there was never a surplus of money floating around. There was never a lot of money for extras, no fancy vacations, expensive after school activities, or summer camps. There were some tough times but as I child I don’t recall feeling deprived.

As a younger child I was very protective of any money that I received and I was always trying to figure out new ways to make money. I was a hustler even back then. One time, I believe I was around 9, I decided to sell artwork. One problem…I don’t have a creative bone in my body and couldn’t draw or paint to save my life. But I found a way around that little problem. I enlisted my uncle’s help to draw the pictures and I sold them to other family members. I don’t recall sharing any of the profits with him (sorry Mike) but an entrepreneur was born. Later, I had other business ventures. In middle school I made earrings to sell to my classmates and I also sold snacks (candy bars, chips, and gum) and turned quite a nice profit!

Once in high school I started to want some of the finer things in life. The girls in high school were a lot more sophisticated than in middle school. In addition to needing the latest name brand jeans and tennis shoes, I also now “needed” to have my hair done professionally (fingerwaves, braids, frenchrolls) at a salon, carry a pager (seriously) and have manicured acrylic nails (don’t judge me…it was the 90s). Thankfully I scored a summer job as a camp counselor and I was super excited to get that first paycheck. I saved a tiny bit and then used the rest to buy new clothes and shoes for school. A shopper was born!

Next Up: The College Years

Success! Now check your email to confirm your subscription.

Hey there, I'm Nicole! I'm a Youtuber, money coach, and lover of all things personal finance. Here on the blog I discuss how to earn more, spend less, and grow the gap between the two. 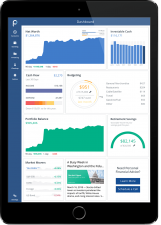 Thank you for signing up! Now check your email to confirm your subscription and you'll be on your way.