I frequently hear from people who want to get out of debt but have no clue on how to get started. My answer is very simple and straightforward. If you are in a hole, stop digging!

First of all, now that your money mindsets are on the road to recovery it is time to bring debt accumulation to a screeching halt. If you really want to get out of debt you MUST commit to not taking on new forms of debt as you work to pay off existing debt.

According to a 2016 study by Nerd Wallet, the average American household has credit card balances totaling $16,061. That is just credit card debt. This number does not factor in car loans, student loans, personal loans, etc. Credit cards are a frequent source of trouble because they are the most accessible when you find yourself with more month left than money.

Contrary to popular belief, not everyone gets into debt because of overspending on fancy footwear, clothes, and expensive vacations. More often, credit card balances increase for reasons that are much more mundane.

Got debt? Here’s why

Reason #1: You are running a deficit each month. This means that you are spending more than you are earning each month. Once your money runs out you rely on credit cards to cover routine household purchases such as gas and groceries until payday.

Actions to Take If You’re in a Financial Hole

You can destroy the cards (or at least restrict access to them) while keeping the accounts open and working towards paying the balances off. This will help you avoid accumulating more debt while paying off the past.

Reducing your existing living expenses will help you free up cash to accelerate debt pay off.

3. Get Current on Any Accounts That Are in Default.

Before making extra principal payments, ensure that all accounts are current and up-to-date.

An emergency fund is a must-have throughout every phase of your financial journey. Your starting goal may be $1,000 to begin, but you can add to that amount as your cashflow allows.

When you’re saddled by debt it can be tempting to bury your head in the sand and not pay attention to the details (ie. principal balance, interest rate). For example, when I was racking up nearly 6-figures of student loan debt I intentionally avoided tallying up exactly how much I owed. I knew I had borrowed a lot of money, but I was scared to know exactly how much. I didn’t end up tally up the total until years later, after deferring payments for many years while I completed a second and then a third (and final) degree. And I only did so because I was faced with the end of my deferment after graduation and I could no longer avoid paying the piper. Don’t be like me! Ignorance is not bliss. You need to know, down to the penny, how much debt you owe.

A budget tells you exactly where your money is going. A budget may also reveal unnecessary expenditures that could be cut to free up more cash for your debt payoff efforts.

Are you too comfortable with debt? Is being in debt the norm? Can you commit to avoiding new debt as you pursue financial freedom?

3 Comments on Got debt? If You are in a Hole, Stop digging! 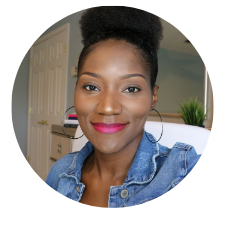